This year MRMC celebrates its 50th anniversary, and its rate of developing world-class revolutionary products shows no sign of abating.

MRMC had its humble beginnings 50 years ago, in 1966, when Australian-born engineer, inventor and part-time racing driver Mark Roberts decided to set up a company to service and upgrade old animation rostrum tables. 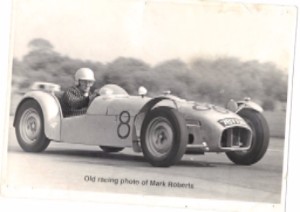 These were found throughout the TV and film industries at the time, used for everything from cell animation, to film titles and news clips. In the early days, before digital computers, he developed analogue computers to automate the movements of the tables. Eventually, he developed larger and larger tables, then gradually the camera (traditionally just pointing down at the table) was automatically moved, and finally clients requested just moving cameras without a table. Hence started the film motion control industry!

In 1977, with the release of Star Wars, the techniques of using motion control for special effects came to the world’s attention, and from then on Mark Roberts Film Services as it was then known created ever better, larger, faster bespoke motion control rigs – including floor and ceiling mounted ones, as well as portable ones.

Mark Roberts’ rigs were used on hundreds of films and commercials, but it was the decision to start making “standard” motion control rig models, not just bespoke ones, that catapulted motion control use to a whole new level. It started in 1992 with the Cyclops, the biggest, fastest and most stable studio based rig; it was then followed with the Milo in 1994 – the best portable/location motion control system to this day – for which MRMC won an Academy Award for changing the way Hollywood works. Since then the development has continued with all that you currently see on the MRMC website – from underwater systems to robotics that can move nearly faster than the eye can see, and much more that never gets a mention but is just as extraordinary.