In the centre of London, metres from Oxford Circus, sits Celebro Studios (www.celebrostudios.co.uk), a brand new state of the art, purpose-built studio that offers huge potential in capturing and delivering 4K media. The 2000 square foot TV and film studio boasts a wide range 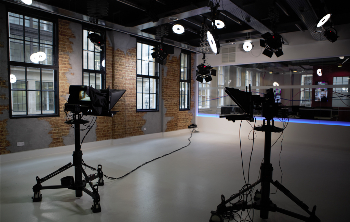 utilised his vast experience to ensure London’s first fully 4K studio lives up to expectation, and is future proofed to capture and deliver high quality 4K content. Two years in planning and implementation, the studio is now operational and in full swing.

“The studio is purpose-built for broadcast, digital and web streaming, and represents a significant investment in what we see as the future of TV. A lot of broadcasters, publishers and NGOs are looking to make TV-standard programmes that might not necessarily be broadcast in the traditional way and may instead be streamed over the Internet.” Said Dodd. 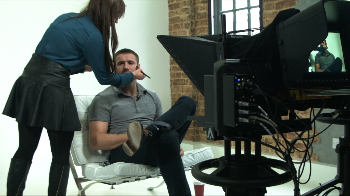 Wesley Dodd is a creative programme maker and consultant who has delivered high profile projects for some of the worlds top brands and broadcasters, with the likes of the Discovery Channel, BBC World Service and Coca Cola notable on his C.V. Wesley’s sister company Celebro Media Networks is hugely influential throughout Europe and particularly in Russia, where they have produced and delivered a wide range of high end projects for MTV and BBC, and recently created a BBC English Language drama broadcast in over 47 countries.

Dodd goes on to say “We chose MRMC robotic heads to fit in with our state of the art facility. The AFC-100 offered unparalleled integration into our ethernet infrastructure, superb payload in a small package, smooth motion and the ability for customization, allowing us to cost effectively control lenses suitable for 4K that did not have integrated lens motors. MRMC adapted the heads to our needs, 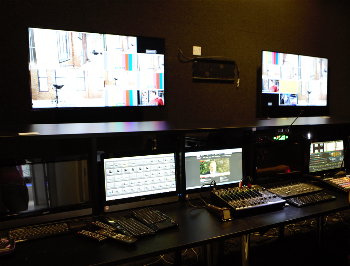 including motorizing our lenses and offering mounting facilities for the teleprompters and bespoke mounting of the heads to the pedestals.”

The studio contains 3 ethernet controlled AFC-100 robotic heads,
each carrying 4K camera, lens, teleprompter and lens control motors. Celebro Studios are having an open day demonstrating their facilities and a live demonstration of 4K UltraHD broadcast & streaming in collaboration with Streambox on the 18th of December in London. www.celebrostudios.co.uk

Wishing you all a wonderful holiday season and a happy new year. 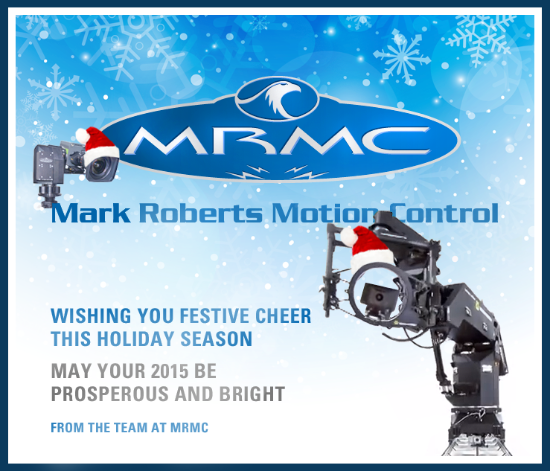 Please note that we are closed for business from 12:00 on Wednesday the 24th of December and open again at 09:00 on Monday the 5th of January.

For urgent service requests please contact one of our Service Engineers who will be available 24/7/365 as always, but prefer to have Christmas day off.